Our second album, ALLUS, is out now! 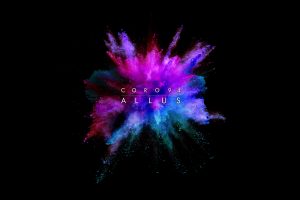 In this pilgrimage through six hundred years of choral music, we visit some of the most loved eras. Two exuberant motets, Byrd’s Sing Joyfully Unto God and Weelkes’ Gloria In Excelsis, are highlights of the late 16th and early 17th Century Elizabethan school in England. These inventive contrapuntal pieces contrast vividly with romantic outpourings from composers of the “English Renaissance” three hundred years later in Parry’s My Soul There Is A Country and John Cameron’s faithful adaptation of Elgar’s Nimrod to the Lux Aeterna text. The contemporary American school of choral composers is represented by two of its most talented composers: James Agee’s evocative and enigmatic text Sure On This Shining Night inspired Morten Lauridsen to compose music rich in serenity and romance, while Ola Gjeilo’s Evening Prayer is a colourful exploration of slow-moving choral textures juxtaposed with strands of improvisation from saxophone and piano. Improvisation is also key to the oldest piece on the disc, Morales’s Parce Mihi Domine, a setting of the words from the Office of the Dead. Morales was the greatest Spanish composer of the early Renaissance and here, in our version, the saxophone embellishes his simple, poignant music quietly and sensitively, adding another dimension. In complete contrast to much of the Anglo-Saxon music on this disc, there are two Christmas motets by Francis Poulenc: mid-20th Century French music influenced by Debussy, Ravel and Stravinsky. His style is dry, clear, unpredictable, and somehow brings a smile to one’s face whilst remaining deeply serious in telling the Christmas story. The disc is bookended by other music suitable for the Christmas season: not only better-known carols, but also compositions on a wider canvas like John Rutter’s tender setting of the 15th Century poet John Audelay’s There Is A Flower. The Norwegian composer Trond Kverno’s Corpus Christi Carol is an especially wonderful version of the mysterious, enigmatic poem: dark, Nordic, and intensely moving.

A note from our Musical Director

Instead of grouping together pieces from the various historical eras, or for specific times of the year, we have devised a sequence of choral music in which contrasting styles and textures can comfortably mix. We recorded the album over two days in August 2018 in the lovely North Norfolk church at Burnham Thorpe, the village where Lord Nelson was born. After much discussion about a title for our musical pilgrimage, we decided to continue our Norfolk connection by calling it “Allus”, which means “always” in Norfolk dialect. Enjoy! 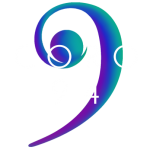 One of the UK's finest
young chamber choirs